Even MTV’s “TeenWolf” PR department shouted-out across their social media about Eaddy’s captivating appearance at a Live event, calling her the “Queen” of the Con[vention]. 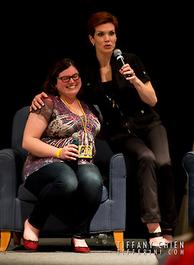 “Mays was captivating as she moved around the stage, never sitting down for more than a moment or two.  She is an incredible human being. So genuine and magnetic.  I still can't believe I was in the same room as her.  I'm going to be thinking about the things she said at that panel for the rest of my life.” 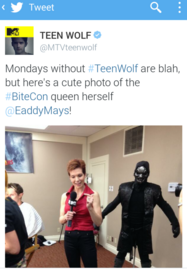 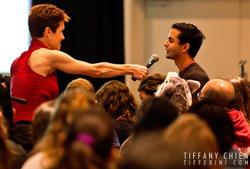 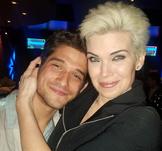 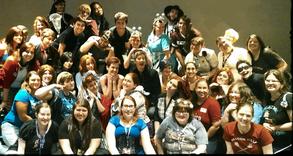 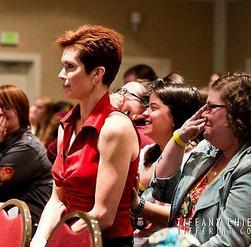 What many find most unique is Eaddy’s regard for, respect for, and participation in Fandom. Her passion for talking about Fanfic, FanArt, and engaging with the Fans creates an dynamic energy and leaves a lasting, positive impression.

​“I adore this woman!  Not only for the amazing actor she is but also what she brings to the fandom in her interactions, her thought provoking questions/discussions and plain old enthusiasm for fandom in general!”  (Event attendee, Sarah McDaniel)

The feeling is evidently mutual.  Before leaving the room at a recent live appearance, Eaddy reminded the guests. “You are a vital part of the show.  You are the reason I do what I do.

I love it and I love you guys,” she said. 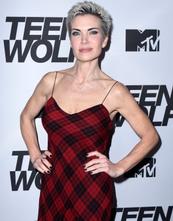 “I have to say the grace and dignity with which she carries herself and with which she responds to such emotionally charged questions is really inspiring. Tie that in with the strong characters she plays and I am just very thankful that she’s such positive role model.” (Event co-chair, Amy Milton)

Many people have come to know Eaddy Mays as “The Scariest Mom on TV” for her chilling portrayal of Victoria Argent in MTV’s supernatural hit television series “Teen Wolf.”  Others know Mays from her role as Elaine in the Academy Award winning film “The Blind Side” in which she appeared opposite Sandra Bullock in the infamous ‘ladies who lunch’ scenes.

​While these and other roles create memorable on-screen performances, people who see Eaddy Mays at Live Events, have a captivating, fully engaging encounter with the her.  Eaddy brings positive enthusiasm and charisma which are evident from the moment people enter an event.

Eaddy’s career includes hosting television programs for Comcast, the world’s largest media company of 2014, and other global communication giants.  Her years of experience in television, emceeing live events. broadcast radio and professional public speaking have honed her ability to adapt to change; seamlessly improvise with humor; and create authentic connection with audiences of all ages and from all walks of life.

“When we booked Mays for the Convention, we thought we knew what we were getting, but watching video clips and reading comments from fans didn’t capture it by any stretch.  Eaddy Mays delivered all we hoped for and more.  We definitely want her back next year and now our board is working on booking her to emcee our other event next Fall.” (Comic-Con Promoter, Texas, USA)