So good. The acting was seriously so good....
....I'd settle for Eaddy Mays appearing on every show ever from now on, but especially American Horror Story.... [an entire season] can just be Jessica Lange and Eaddy Mays standing in a kitchen tossing off one-liners at each other? Oh man, a fella can dream.

Dangerous, hilarious, mysterious, and eventually tragic....A truly singular presence in television, Mays stepped up to the challenge every time.

I can't help but think a lot of Mrs. Argent's Season 2 amazing-ness had to do with Jeff Davis realizing what he had in Eaddy Mays and just giving her crazier and crazier things to do..... Mrs. Argent kept my synapses firing just constantly wondering what her DEAL was.... And like I said, that's what I want from a show. I don't want everything spelled out. I don't want it all to be easy and understandable. I want mystery. I want questions. I want to wonder. For me Mrs. Argent was like the walking thesis statement that the rest of Teen Wolf sets out to prove: Fun comes from the strangest places.

​Her dream role, she says, will happen one day. “I AM going to be a female lead in a Clint Eastwood film where I ride a horse… and I’ll be the villain, of course,” she adds with a laugh. “I’m incredibly privileged to live my life doing what I absolutely love.” 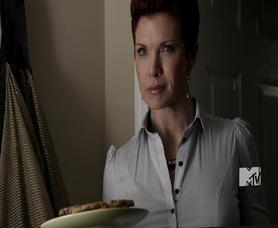 by: Pamela A. Keene 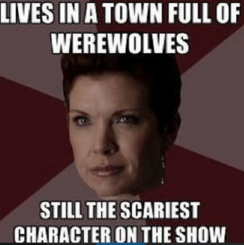 For Mays, acting is not portraying a character or showing emotion. “Acting can’t be just being a believable line-reader. Acting means bringing to life the person written on the page and spinning that alternate universe,” she says. “It’s not about showing the feelings or pretending anything, it’s about setting yourself aside in order to live in that moment, in that other existance and make it all come to life.” 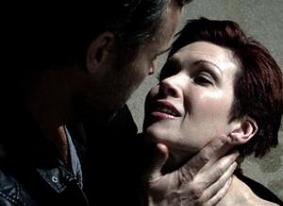 One of  TV's Underrated Stars: Eaddy Mays
Why we like her: On a show full of crazy people, Victoria Argent may have been the only true psycho.

So attention commanding that you have to tune in weekly just to see what [Eaddy Mays] will do next....
....These types of characters are the one’s you love to hate, yet you actually admire and respect them in the deepest subconscious way. Even if they are right in their pursuits, you still root for them to lose just because they are that scheming and conniving....Well move over, folks, and make room, there is another name and character to add to that long distinguished list of legends and she is Eaddy Mays who portrays Mrs. Victoria Argent, wife of werewolf hunter Christopher Argent on the MTV smash hit series “Teen Wolf.”

​​​Eaddy Mays' passion for acting and directing began when she was a child. She satisfies her quest for learning all she can by immersing herself in her work and branching out into new areas. While working on MTV's “Teen Wolf,” a stunt performer was hired to double her, but Eaddy asked the stunt director to let her do the fight scenes herself. "Since then, I’ve worked with stunt coordinators, like Gary Stearns, Jay Amor, Jenin Gonzalez, Bobby James and these guys are incredible and so willing to share their knowledge and experience with me. Now, I'm able to add new aspects to what I do on camera.” 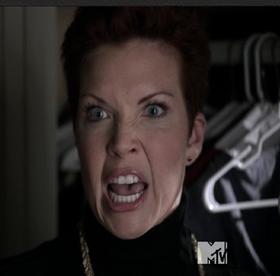 Were we supposed to hate Victoria Argent (Eaddy Mays)? In so many ways, she was just a lot of fun to watch.
She was never a classic, one-dimensional villain.

Her motivations were pure (protecting her family),

That way, we could watch her quietly controlled rage flicker behind her steely eyes.....she was a badass until the end.